Have you ever been so stressed out that you just wanted to stop time? You wanted to figure out how to not be so stressful and just be able to relax. Well, one way to annihilate the flow of stress into your life is by using the technique of Catharsis.

Catharsis is an emotional release derived from built-up and suppressed feelings. What would this look like? An example of this would be someone “blowing off steam” if they were angry. You may have experienced this overflow yourself. There have been times where I had to scream into a pillow or go into my garage to have a few round with my punching bag. These displaced emotions can also reveal themselves in other more subtle ways.
A regression and avoidance of emotional trauma and feelings has been shown to displace itself in subconscious and negative ways within individuals. Examples of this displaced behavior are using alcohol, drugs and food too excess. These behaviors are known to reduce apparent stress, but often times the underlying source of this stress is never explored. This lack of exploration never ceases the cause of the stress, so the pattern of negative behavior continues to persist.

The Hydraulic Model of emotions uses the metaphor of water flowing through a device. The device is you and your capacity to cope with stressful emotions. The liquid resembles your built up emotions and stress that has not been released. If there is too much of a build up then an explosion or seeping out of disorganized behavior can occur.

The idea of catharsis doesn’t focus so much on how to empty the fluid little by little, but rather to figure out where the source of the fluid is coming from and how to reduce that.

Some evolutionary psychologists believe that the source of emotions is less culturally learned and more of a ‘natural’ bodily function. An example of this is would be crying. We do not need to to be taught how to be cry. It is an instinctual bodily reaction that is used to express how we fill before we had language. What we learn how to do throughout life is to suppress crying. We are told, “Be a big boy. Do not cry.” We are taught, especially as men to not express how we really feel. Not a lot of research is shown on exactly how this repressed emotion is displaced, but leading studies show that extra stress is linked to cancer, heart attacks, and depression to name a few.

Scheff (2001) concluded that suppressed emotions interfere with thoughts, perceptual processes, a person’s ability to respond to, cooperate and tolerate strong emotions in others. You can clearly see how a built of of these emotions affects people’s’ behavior toward each other. Psychologists have learned ways to reduce the influx of stress through increased awareness.
Reenacting scenes from one’s past, dreams, or fantasies helps the client bring the unconscious conflicts into consciousness and eventually experience catharsis. With increased consciousness comes more relief and positive change (Moreno, 1946).

According to Moreno, catharsis helps to reunite the separated (unconscious) parts of the psyche and the conscious self (Kipper, 1997). The subtle and more mild expressions of this release does not allow a full therapeutic effect. It rather indicates that the problem only exists. Therefore, Catharsis was successfully used in psychotherapy to reveal deep and persistent negative emotions. Kipper (1997) has also shown that it can neutralize the negative impact of related traumatic experiences such as abuse or extreme neglect.

Greenberg (2002) concluded that emotional release through processing and a supportive therapeutic relationship is the core element for positive change in therapy. He emphasized the cognitive aspect of catharsis and the need to understand and make sense of emotions. This basically means that as soon as people understood why they were feeling the way they did, it produced understanding and acceptance. Greenberg argued that increased awareness, emotional expression, and cognitive integration of emotions produced a positive change.

Emotion-Focused therapy developed techniques to help clients recognize and validate their strong feelings, and coached and supported clients to express hurtful emotions safely, as well as, to find meaning for their experiences. Emotion-Focused therapy uses a simple technique to produce Catharsis in this safe environment. It is called the empty chair technique. It was introduced by Gestalt therapy, for more clarity of inner conflicts, as well as for finishing unresolved relationship issues from the past. Greenberg, Warwar, and Malcolm (2008) proved that Emotion-Focused therapy using empty chair technique was more effective than psychoeducation in facilitating forgiveness and ‘letting go’.

Here is an example below

Freud’s Other Theory of Psychoanalysis: The Replacement for the Indelible Theory of Catharsis 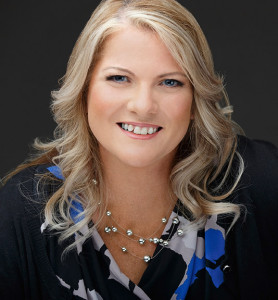