Where Did Fear Come From?

Why is fear so scary? This may seem like a pointless question, but I wanted to examine fear in an in-depth manner to fully understand why we are so motivated by it. Some would argue that fear is more motivating than reward. You don’t go to work in the morning because you want to make money; rather, you mostly get out of bed because you don’t want to be fired. Fear stems from two essential evolutionary stems. The fear of isolation and the fear of death. Every fear can and will be related back to these to primal causes. I’ll give you a quick example. The number one fear by most people isn’t the fear of death, but the fear of public speaking. This one fear is related to becoming socially rejected and isolated. This need to belong is one of the most (if not the most) essential need we have. I’ll go over what causes fear from a biological perspective and then reframe your perception and relationship with it into one of mutual respect.

“What we fear doing most is usually what we most need to do.” -Tim Ferriss

Why Do We Have Fear?

We were pretty vulnerable out there on the African plains while we were evolving. Our brains were always scanning for threatening events. When we perceive a threat, our reptilian or primal (lower) brain reacts to the threatening event by signaling the parasympathetic nervous system. This triggers the fight or flight response and releases hormones in our blood that increase our blood pressure, dilate our pupils and contracts our muscles to be physically ready for the threat.

We have since evolved from our reptilian ancestors and now have developed a large pre-frontal cortex. This is what separates us from all other animals. With our prefrontal cortex, we developed consciousness and the ability to think in the future to solve our problems. This imagination was the vital tool that rocketed us above all other species in the food chain. We were able to think about future events and solve them in the here and now. However, it has come with a price. Our brains tend to create problems even when there are none. We fantasize and catastrophize future situations. This future prediction of problems tends to bring up the same physiological feelings of fear. Fear adds stress and anxiety because we oftentimes are helpless to solve it until the right time comes. 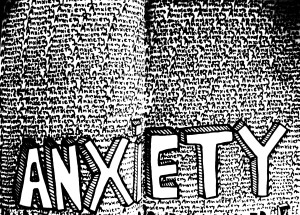 Nowadays we live in a society that is relatively safe. Our future projection of problems and threats has led to drastic negative implications. A new low-level of fear is experienced in our daily lives. This manifests through anxiety and worrying. Anxiety is the emotion we experience from the fearful future event. Worrying is our obsessive rumination and thoughts about our perceived future. This low-level fear still triggers the same fight or flight response in our body even when there is no present threat. Anxiety and the stress is that somatic feeling of your stomach churning and chest constricting. This slowly releases the stress hormone cortisol into your system. Chronic or long-term stress has been known to increase the chance of depression and heart disease. When cortisol is constantly being released into your blood it decreases BDNF (brain derived neurotrophic factor) production. High levels of BDNF have been shown to lower levels of depression.

“Bran thought about it. ‘Can a man still be brave if he’s afraid?’
‘That is the only time a man can be brave,’ his father told him.”
―George R.R. Martin, A Game of Thrones

Develop A New Relationship With Fear 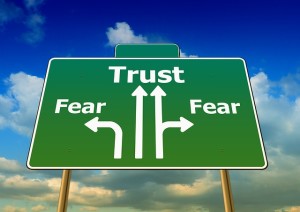 There is good news. We can learn to control fear. We have the ability to reframe our thoughts and look at events from multiple perspectives. When we are overcome by fear, our mental faculties tend to be stunted. To combat this, start off by taking a deep breath and realize that fear is with you. Don’t judge the emotion or resist it. Then say, “I’ll handle it.” Most problems you create in your head tend to never happen. Realize that you are not present and you are worrying. It is like praying for what you don’t want. Think about the event in a positive way. Say to yourself, “If this fear comes true, will I be okay?” This will help you to relax and continue to see the event in a more objective light.

“Hope for the best, but expect the worse.”

Develop a new relationship with fear. Look at it as that one annoying friend that was always brutally honest to you, whether you liked it or not. He was sort of a dickhead, but he told you what you needed to hear. Fear is a gift because it often tells you what your heart truly wants. The most successful people are ones that are not afraid to go after what they want. See fear as an opportunity to show your courage.

“The cave you fear to enter holds the treasure you seek.”
―Joseph Campbell

Watch this motivational video on FEAR before you tackle your next big obstacle. 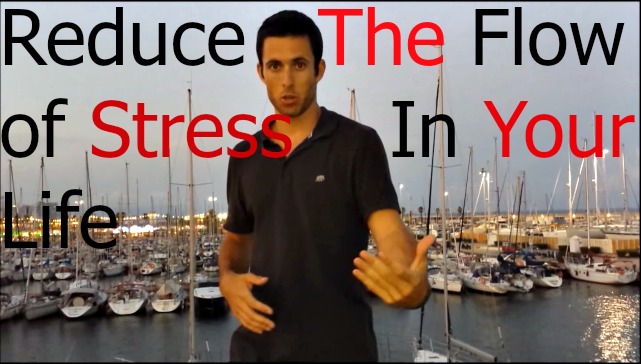 2 replies to "The Truth About Anxiety And Fear"